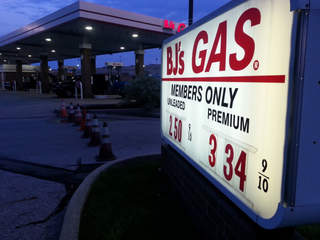 BJs versus Costco has always been a question between wholesale club shoppers. In fact, did you see the recent price comparison between BJs and Costco?! Guess who won?

A new study from Market Force Information has revealed that BJ’s Wholesale Club is one of consumer’s favorite places to fill up their gas tanks. Market Force polled more than 10,000 consumers for the annual study which ranks gas stations in two separate categories – traditional gas stations and convenience stores, and grocery stores and big-box retailers with gas stations.

Thanks NewsNet5 for image!

“In the grocery and big-box category, BJ’s Wholesale Club took the number one spot in this year’s study, an honor that went to Costco in 2015. Fellow wholesale club Costco ranked second, Kroger ranked third and Sam’s Club dropped a spot to fourth.”

Check out the full article here.